This Solar panel tilt mounting frame has adjustable tilt legs that attach to rails clamped to one or more solar panels.
These kits are designed for installing solar panels on a tin roof, anchored to a concrete pad or bolted to a wall. 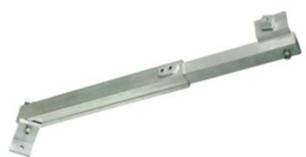 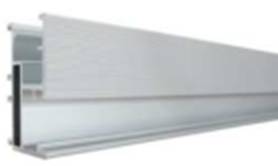 Rails are 50cm long to fit solar panels up to 45cm wide, please specify if you require a different length 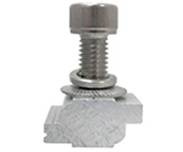 How to insert Z modules into the top and side channels of the solar panel mounting rail
The solar panel (not shown) is held to the rail (shown in cross section) by the clamp.
The clamp’s  bolt and Z –shaped nut (Z module) are inserted into one channel of the rail.
The Z modules of the tilt mount legs and feet are inserted into the other channel of the rail.
Position the Z Module loosely in the rail so it can still be freely moved in the rail channel.
Slide the screws to their final position and fasten firmly with an allen key (torque is 8 Nm).

The following diagrams show tilt frames assembly on a tin roof for a row of several solar panels. 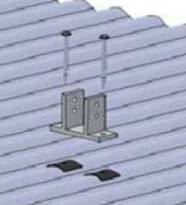 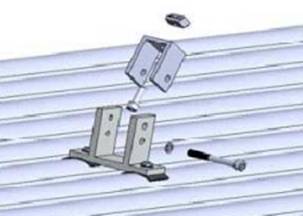 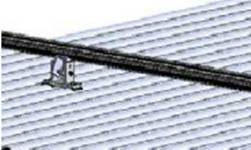 Attaching front foot to roof and then attaching the front rail

Determine the positions of the tilt feet according to  your plans. Shim the feet with rubber if required.
Fix feet to wood rafters using 6 x 65mm wood screws, Use metal fixing screws for sturdy metal surfaces.
Mount parts loosely so they can be adjusted in the mounting rails then fasten completely.
First attach the U bracket to the rail using the  Z  module and then bolt it to the foot mount. 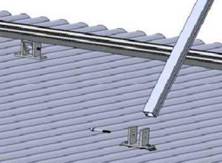 Attach the back tilt legs to the roof and the back rail
Attach the back feet  to wood or steel rafters. Attach the L Bracket with the Leg to the rail using the Z module.
Then attach the legs to the feet  The length can be adjusted by loosening the grub-screw with an allen key.

Correct orientation of solar panels for solar lighting
When used to provide power for lighting a solar panel  should be facing directly at the sun at midday during mid-winter.
Solar arrays should face north with a tilt of 50 to 60 degrees for southern regions of Australia 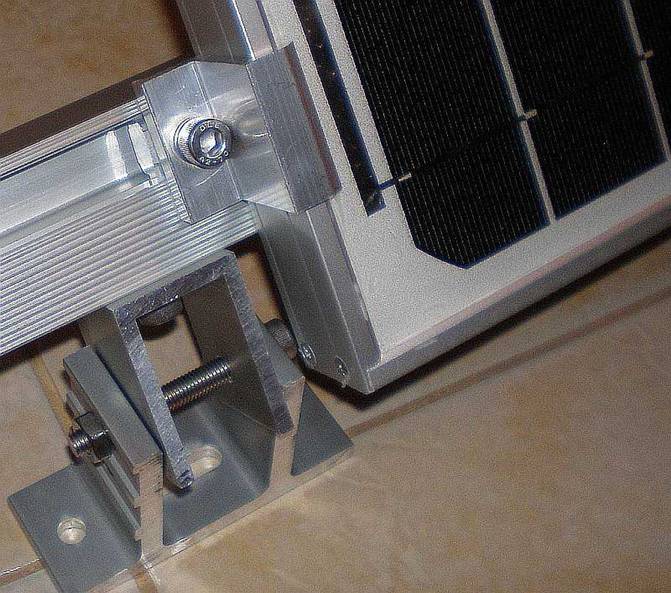 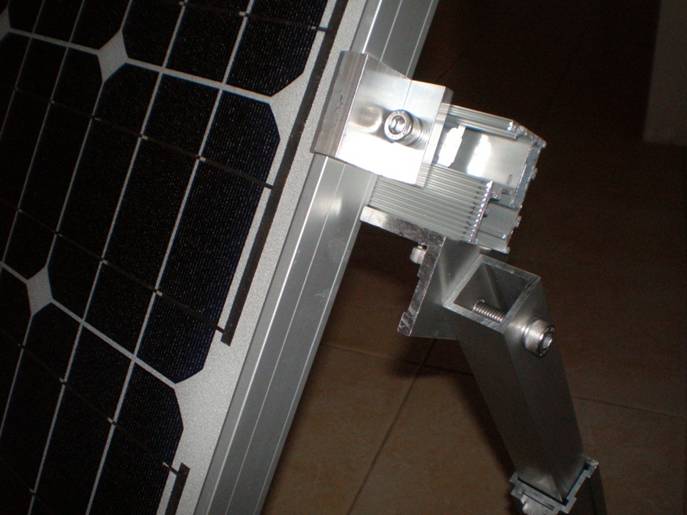